On a recent winter day with warmer temps thawing the ice and snow, I took my grandson out to play. As we passed through a puddle on the sidewalk, I pretended that I was stuck and needed his help to pull me out.

As I rummaged in the grass for a larger stick, a childhood memory from long ago came flooding back. 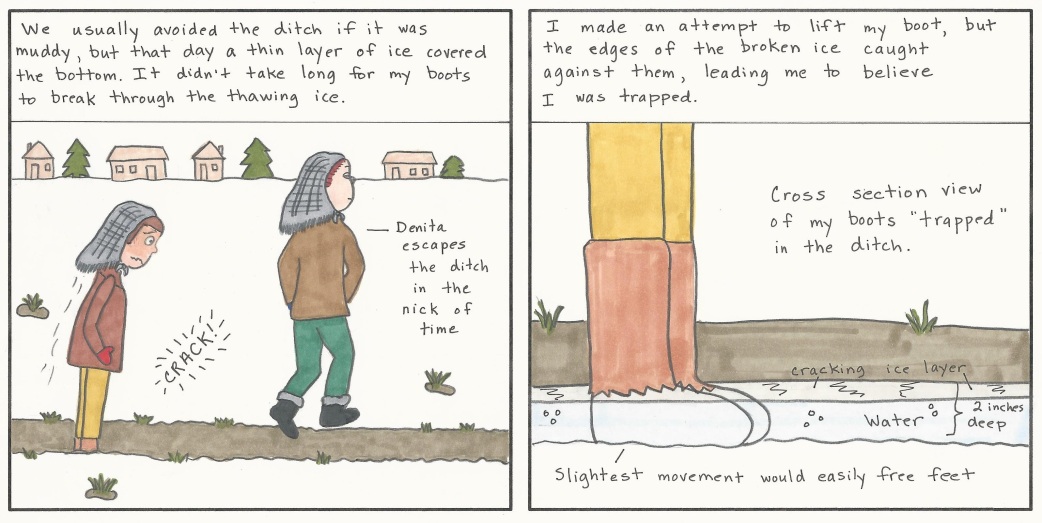 From there, full blown panic and hysteria set in. Our worst childhood fear had been triggered: QUICKSAND!

TV Westerns were extremely popular in the 1950s, much like legal, hospital and police dramas are today. At their peak in 1959, 26 Westerns were airing during prime time on only 3 networks. There was at least one playing every night and usually more. 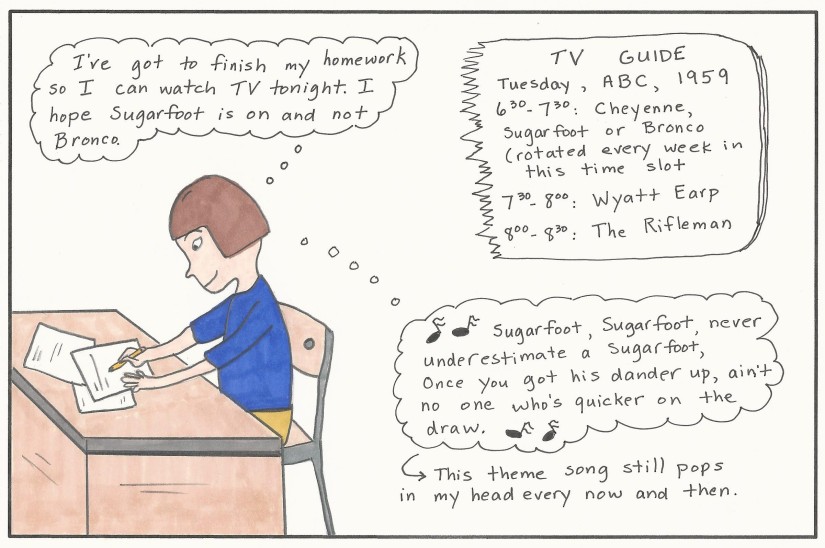 Quicksand was a central theme in many Westerns, along with gun shootouts, Indian scalpings (this was before cultural sensitivity was appreciated) and rattlesnakes. Quicksand was the perfect suspense building plot device and always played out in the same way.

Denita and I didn’t view 6 shooters, Indians or rattlesnakes as imminent threats, but believed quicksand could appear anywhere, including the ditch in front of our house.

Over 50 years later, Denita and I still remember how terrified we were the day I got “stuck” in the ditch.

I had other childhood fears besides quicksand.

What do children worry about today? I hope my grandson doesn’t blow as much of his childhood on baseless fears as I did.